The History of Wickham Park

The majority of the land, 130 acres, was a gift from Clarence H. Wickham, whose will mandated that the property become a park following the death of his wife, Edith Wickham. A bequeath of 67 acres was given by Myrtle Williams in 1967, who owned land adjacent to the property (Private 10). Through land swaps and purchases, Wickham Park has expanded to the current 280 acres of land.

Upon his death in 1945, Clarence Wickham also left the bulk of his financial estate to fund Wickham Park. Bank of America, originally Hartford National Bank, manages the trust, which finances both the operation and maintenance of the park.  While the trust provides for a majority of the operating expenses, donations, fees, and charges are required to deliver the highest quality park experience possible. 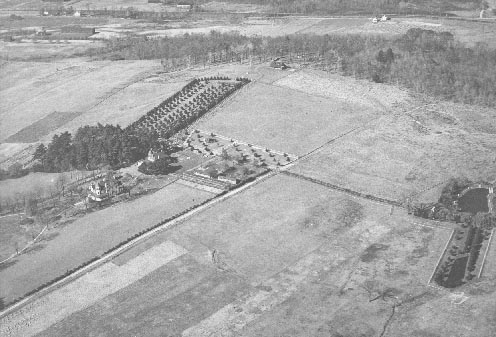 Olmsted Associates, Inc., landscape architects based out of Brookline, Mass., created the park’s original design (Private 10). The plan called for the mansion on the property to be used as the home for the park superintendent. Extensive maintenance costs, however, led to the home being torn down in 1964. The maintenance building, which now houses the park’s offices, was originally the Wickham’s carriage house. The log cabin, built in 1927 as a meeting place for family and friends, burned to the ground in 1989. A replica now stands on the original location, which overlooks Hartford. The park opened officially on July 1, 1961, one year after the death of Edith Wickham.

Mr. And Mrs. Wickham wanted the public to enjoy their estate, named The Pines, and while occupying the property, “derived supreme satisfaction in unselfishly, and in the spirit of sincere hospitality, permitting others to enjoy their privilege” (Case 7). Today, Wickham Park bases its development around the enjoyment of nature, an idea the Wickhams promoted throughout their lives. 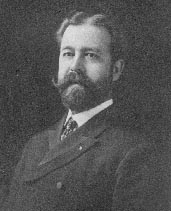 Clarence Horace Wickham was born in New Haven, Connnecticut on January 12, 1860 (Martin 78). During his childhood he resided alternately in Manchester and Hartford. In 1896, the family returned permanently to Manchester to build the family residence on the estate known as The Pines.

Clarence Wickham attended Brown School in Hartford and the Second North School before graduating from Hartford Public High School in 1879. During his time at school, the Imperial Chinese government established a program to send young men to both Hartford Public High School and Yale University, as an opportunity to complete their higher education in the United States (Famed 29). Mr. Wickham befriended many of these students, some of whom later rose to prominent positions in the Chinese government.

During high school, Mr. Wickham also developed an interest in civic activities. He was a member of Company F, 1st regiment in the Hartford City Guard from 1879 to 1893. He was also a member of the Sons of the American Revolution and the Society of Founders of Patriots. Mr. Wickham was also involved with the Hartford Republican Club (Martin 78).

Clarence Wickham followed in the professional footsteps of his father Horace. Horace Wickham was employed by Plimpton Manufacturing Co., but was also an inventor. He found the most success with the production of a machine that cheaply made stamped envelopes. Through this invention, the Wickhams secured a contract with the United States government from 1874 to 1907 (Martin 78).

Horace Wickham also invented a machine to reduce the cost of manufacturing newspaper wrappers. Clarence Wickham is credited with inventing the window envelope. Together, he and his father held over 40 patents. In 1881, Clarence Wickham went on to organize the Hartford Manila Co., of which he later became president.

Edith Farwell McGraft, was born in Saginaw, Michigan. She attended Muskegon High School, the Conservatory of Music at Oberlin in Ohio, and the Ferris Business School. At the time, she was the only female to attend the school.

McGraft met Wickham while on a trip to Europe, and the two were married in Muskegon, Michigan on June 26, 1900 (Martin 79). The Wickhams traveled extensively during their lives, visiting every continent but Antarctica. They frequented China where Clarence visited many of his high school classmates, and where the couple acquired many art objects, some of which are now located in the Oriental Garden in Wickham Park (Famed 29). 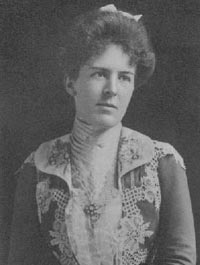 Both Clarence and Edith Wickham were generous donors and contributors to the community and other worthy causes. Both were active members of the South Congregational Church in Hartford. They donated money to furnish a room in the Manchester Memorial Hospital and also funded the Wickham Memorial Library in East Hartford, Connecticut, constructed in honor of Wickham’s parents. Edith Wickham also donated funds to construct a community building in McGraft Park in Muskegon, and upon her death, her money was left to the trust for this park and to the McGraft Memorial Congregational Church, also of Muskegon.

Clarence Wickham died in 1945 at the age of 85. Upon the death of Edith at age 88 in 1960, the land became Wickham Park. Both are buried in Cedar Hill Cemetery in Hartford.